Hawaiian Airlines: Paradise In The Sky? 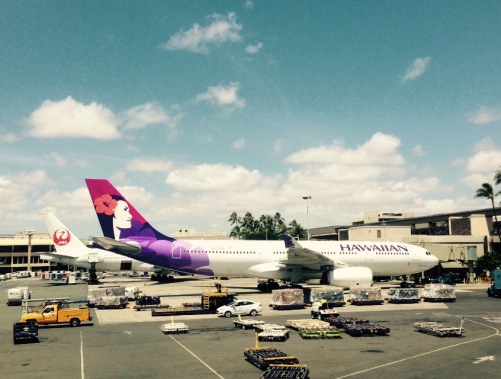 Hawaiian Airlines are the number one carrier for flights to and from Honolulu, as well as connecting the inter islands of Hawaii, with more than 150 flights on these routes per day. When booking with Hawaiian, their site is easy to use, and upon comparing their fares to other airlines, and their own routes, they are by far the cheapest, with 5.5 hour flights out of Seattle and Portland to Honolulu (one way) as low as $220 US.

Flying out of San Francisco or LAX will cost a lot more, (it was about $400 US one way from here when I booked my ticket), so I tend to fly out of Seattle from the U.S due to the price difference. 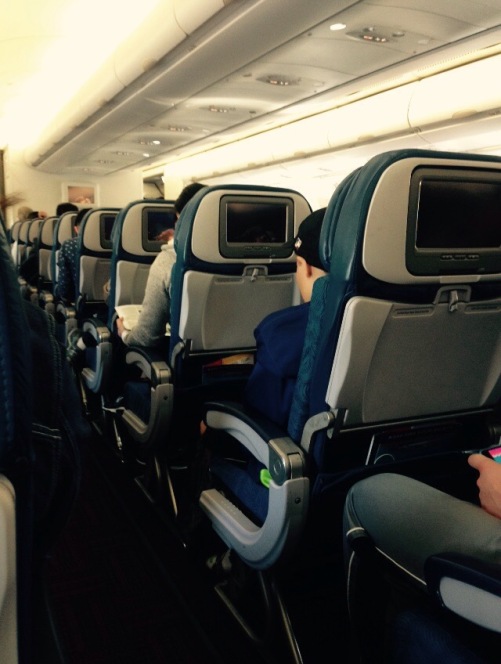 The cabin and cabin crew are very good. The seat arrangement on Honolulu bound flights are 2-4-2, making it more bare able than airlines who have a 3-4-3 in my view. 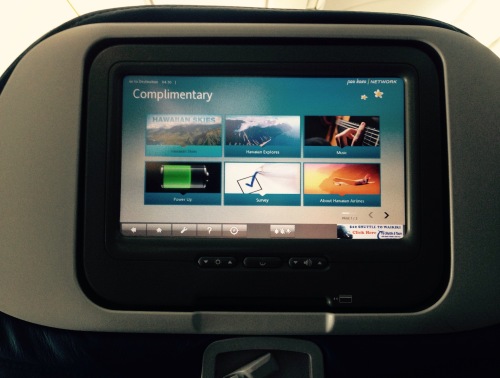 Each seat has its own tv. There is complimentary and premium entertainment on board, however unless you’re willing to pay $7.99 to watch one film on the journey (credit card only); the complimentary options are relatively useless with only radio, Hawaii destination guides and flight trackers worth using. I had my laptop with me, so I suggest passing the time with your own catalog on a laptop or iPad in all honesty.

This was disappointing considering it is a long flight, with even a television channel option a good alternative to offer if they wanted to. 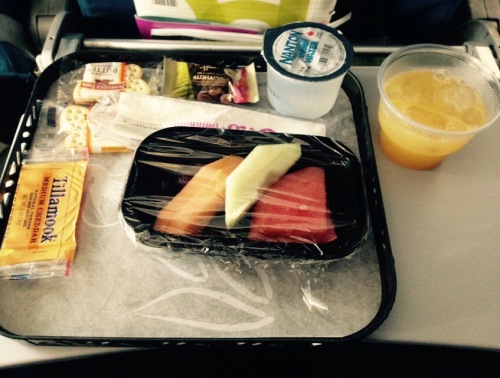 Hawaiian do offer a complimentary meal on their service which makes up for the lack of free entertainment. As this was a 9am departure, we were served breakfast about 2 hours into the flight. Food quality was good, with fruit, cheese and crackers and a chocolate macadamia nut on offer. 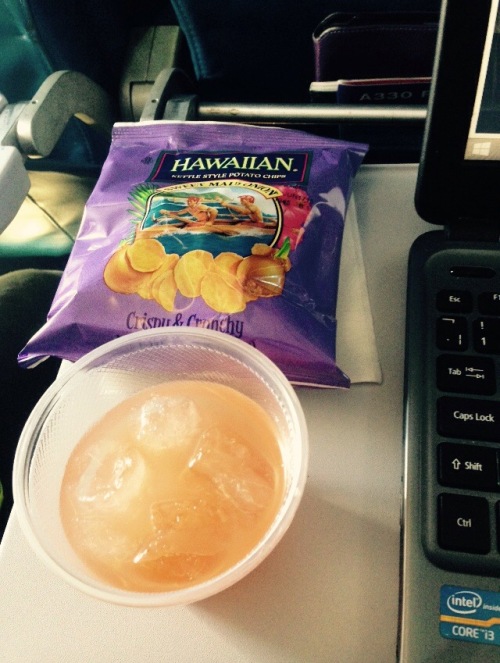 Upon heading into the final leg of the flight, we were offered one final service which included a bag of chips (which were really delicious) and a drink (coffee, tea, soda, juice).

However, we were also offered a complimentary Koloa rum (if over 21) which was very nice and made heading into the tropics that much better.

Would I fly Hawaiian again? You bet!

The price was good. The ambiance on board is good. And above all, what you don’t get in entertainment, you get in meals and snacks.

Hawaiian are a good airline to arrive in paradise with.

I will fly with them again. (From Seattle no doubt, as it is always one of the cheapest.)