From Wilmington To Paris: How A Convention Changed My Life

Conventions today are HUGE! If you look online you will see the usual fan favourites like Comic-Con, and shows like ‘Supernatural’ which truly dominate the television show convention calendar.

But other tv shows, ones still filming or finished long ago, are getting in on the act. And why not? These conventions are not cheap and fans will pay BIG bucks to have even a moment with their favourite stars!

In 2013, I stumbled across a convention by Guests Events that was being held in October that year in Paris, for my favourite television show ‘One Tree Hill’. 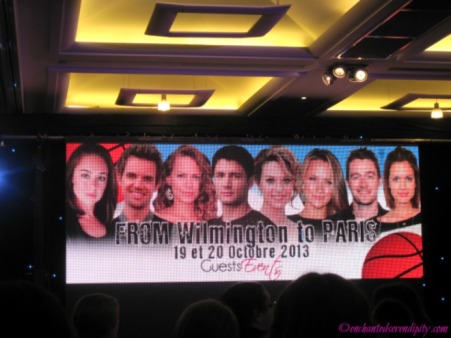 From Wilmington To Paris 2013

‘One Tree Hill’ was not an ordinary tv show. It was focused on the teenage audience, but it was far more than a show for teenagers. Each episode and storyline inspired. They taught us all to dream big, work hard for what you want, and if things don’t work out…keep trying until it does. It was more than just characters on a show. These messages remained within us and years later as an almost thirty year old, I still love it because of this reason. There aren’t many shows that offer this to its audience.

It is truly luck that any of us get to meet celebrities whom we idolize in our lifetimes. But to meet 8 of them from one tv show-what an experience! 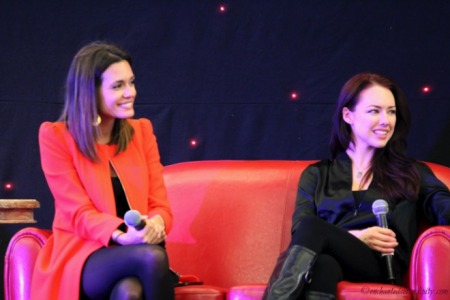 From Wilmington To Paris: Torrey & Lindsey

And it was an awesome experience being in the presence of people you know so well, because of the characters they play. But more so, you were given a glimpse of the real people who played them making you love the show even more. I already felt like ‘One Tree Hill’ was more than a show having visited Wilmington, North Carolina where the show was filmed, 3 times over 6 years. (Which is a pretty decent effort from an Aussie!) Seeing the set and all the locations made Tree Hill real. Meeting the actors made it even more so. I will forever love this show because of these experiences.

How The From Wilmington To Paris Conventions Work

This convention exceeded my expectations. I was able to ask questions to the actors when they were on a panel. I was also able to buy individual, duo and group photo shoots, autographs and meeting rooms with my favourite actors; or many of these were included in the Platinum pass and extra pack I bought. There was also an option to attend a cocktail party on the first night, but I chose not to buy that extra. 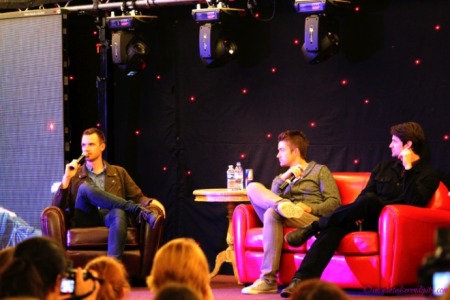 The best part about conventions like this is that you learn about the behind the scenes of filming the show: which actors were friends, what they all thought about their characters (and other ones), and the scenes and storylines in the show. It was all the juicy tid-bits a fan of a show could want. Especially one which lasted 9 seasons, which is a hard feat to make in television nowadays.

There was a translator host who spoke English and French; and he would translate anything in English to the French contingent so they could understand; and also translate the French that was spoken so that we and the English-speaking stars could understand the questions. Overall, it was generally easy to follow with this structure, which was good; but time consuming as a result. 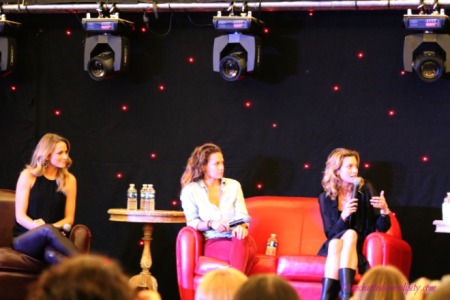 The best part for me was being surprised by the friendliness of actors who I was excited to see, but weren’t my favourite characters. That made me re-arrange my list for sure! But more importantly; listening to them speak about what they love in their own lives: playing characters and doing what makes them happy…well that was just inspiring in itself!

How Hilarie Burton Changed My Life

I really connected with Hilarie Burton which was surprising to me, as she had left the show a few years before. But I was a fan of her character Peyton. Her kindness and friendliness throughout every interaction I had with her was just amazing. Being an English-speaker and the only Aussie in a sea of mainly French, helped me stand out for sure; but I was still shocked she remembered me at all. It was quite surreal. 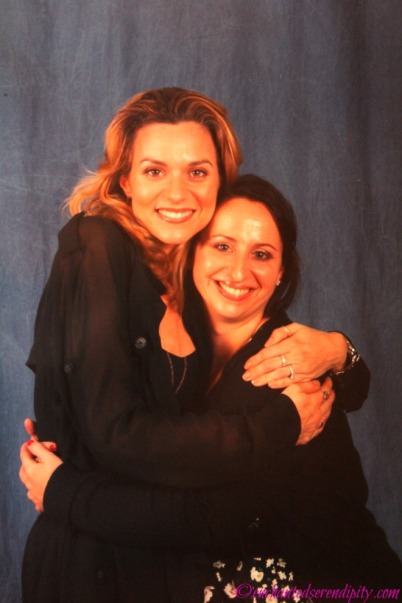 From Wilmington To Paris: Hilarie Burton & Me

And it was her words that struck me the most when I sat and listened to the Q and As that day. She was answering a question about doing what makes you happy; and as I sat there listening to her, my own mind began whirling.

She answered; “If you want something bad enough, you find a way to make it happen.”

And it was that moment right there; watching a person who I could see was so content in her own life and career, that I knew I wanted that same feeling. I wanted that happiness and although I loved being a high school teacher I wasn’t sure I was enjoying it anymore. I had been feeling it for a little while, and thought a change of scenery was what I needed so I had decided that I was going to move to London in October to teach over there.

But coming to the realization that I needed a complete career change in this experience; to find this happiness I craved, was a hard pill to swallow. Especially when you are away from home and the comfort and support of everyone around you. But London is an incredible city and I was so excited to be faced with so much opportunity right at my fingertips. I was inspired to put myself out there. Which I did.

After a few weeks, I managed to get a few interviews in media-related roles as I have a film degree; and this was the area I now wanted to move into because it was relevant and a passion of mine (as anyone who knows me can attest to). By Christmas, I was offered a job working at Disney in the UK & Ireland region; within the Disney Channels team as the Viewer Relations Supervisor. This gave me a varied role working within the marketing team, as well as other areas like Social Media, Non-Linear and Media Planning.

To say I have learnt a lot in less than a year is an understatement. To say my life has changed completely since last October is even more of one. To work at Disney is a dream anyone in this industry would kill for; and here I am working for them in a role that will be an ideal starting point for a future career in a field I am passionate in moving into.

And it all came down to meeting idols at a convention. People who were just stars in a television show that I loved. And for one of them to truly inspire me throughout that weekend; that would change everything.

In 2014, tickets were announced for another Paris convention called From Wilmington To Paris 2. I knew that I would have to attend and thank Hilarie, (as she was a confirmed guest at the event); in what was a defining moment in my life, that ended up having a lot to do with her. Plus, I would get to meet more of my favourite stars too!

This past weekend, I went to that convention. There were 11 stars in attendance this time.

But you’ll have to read the next article to find out what happened. For all the details on From Wilmington To Paris 2, you can read it here!